There are a lot of very weird, old, or just plain unnecessary skis out there. They may not be very good to actually ski…but they are good for these articles. Over the course of the season, as I see them, I’ll post these weird skis on the site along with some photos I take of them. Enjoy.

The first ski here is one you may have seen before. The K2 Shorts were popular in the 70’s and are, like the name sounds, short. These are around 140CMs and were made for a similar reason as ski blades; they were easier and fun. One other thing you’ll notice, is that there seems to be a toe piece missing. There is…sort of.

Spademan Toeless bindings are exactly what the name suggests, toeless. Really weird and kind of disorienting to look  at overall. 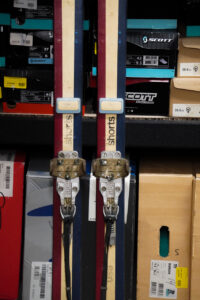 Next up… Some Swiss Made Authier Skis called the “Vampire”.  These Vampires made a cameo in SKI for an ad in the early 90’s... this ad produced the image below found on a thread from PugSki.com 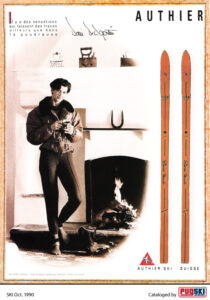 These are some of the most beautiful pair of “old school” skis I’ve seen. We have a pair of unmounted ones at the shop, and I took a couple photos of them the other day, which do NOT do these justice.

Got weird skis at home you want to share with the world? Snap a couple photos and send them our way… adam@outofpodcast.com

Hi there! As you may or may not have noticed, we took a week off, but we’re back! Today we have Lani Bruntz and Mali Noyes on the show. Lani […]