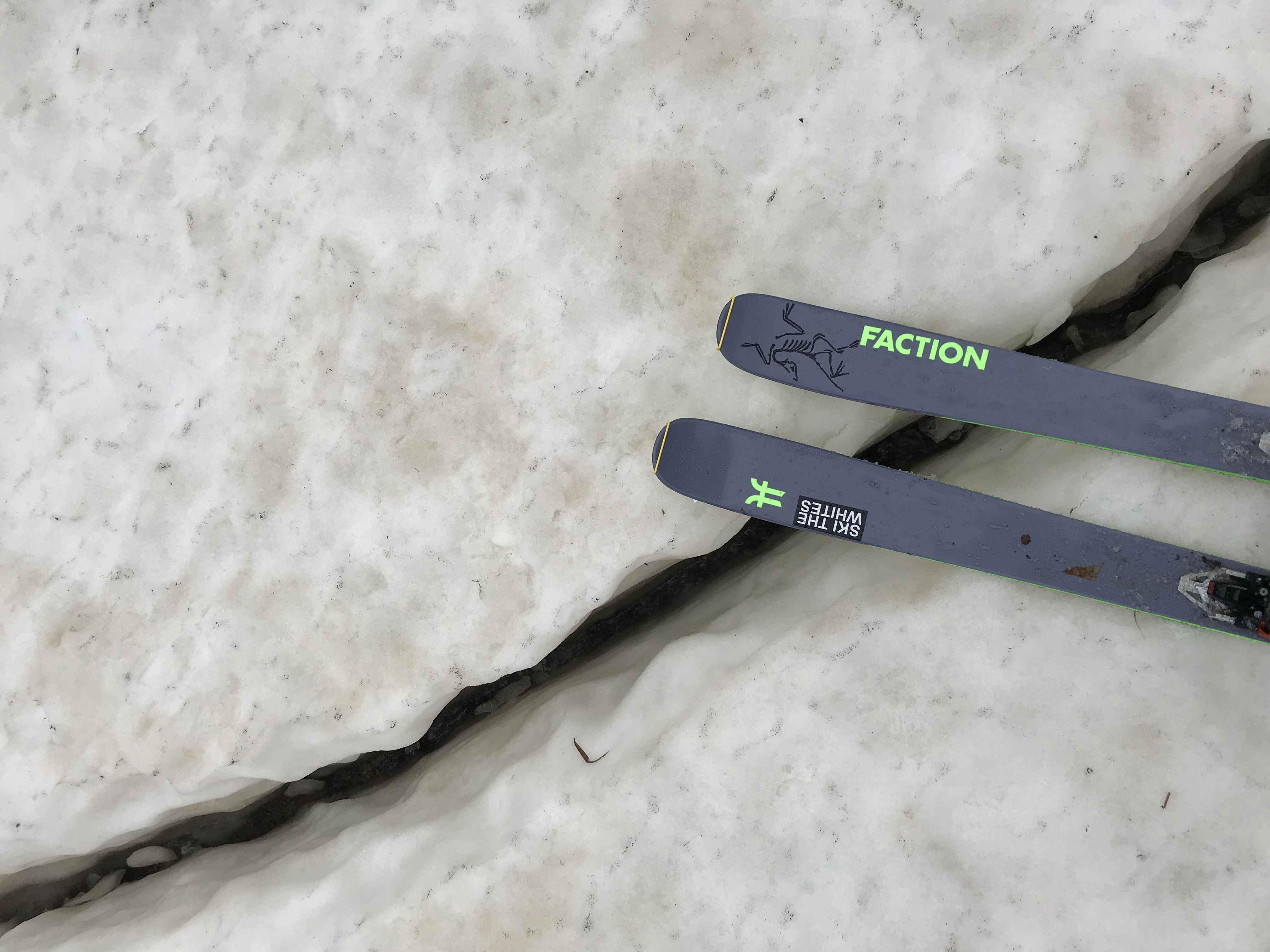 Faction skis has been diversifying their line over the past few seasons, as they should. Obviously skis that bear the  legendary name of CT (Candide Thovex) are bound to sell, and perform well. The trick is validating an offering of skis that stands on it’s own. Faction has seen a moderate level of success in this venture, seeing both the Dictator & Prodigy series gain some recognition amongst very diluted categories of ski.

Taking what they had learned from Dictator, Faction is launching the Agent. For all intensive purposes, a lightweight option of the aforementioned Dictator. Agent carries similar numerical descriptions of width as the rest of the line (1.0, 2.0…) which I like. There is something to be said for consistency when presenting product offerings. It’s like when you go to get your tires changed at your LBS,  and the logos don’t line up on the tire/wheel…it doesn’t really matter, but it shows attention to detail, and in turn…matters.

That might be a stretch of a comparison, but you get the point.

On to the important stuff…

I skied the Agent in two completely different conditions for test purposes, and on different days. The first was a warm (34deg) and near slushy day with good snow coverage at Pico mountain in VT. On this day I used the ski zero uphill, but did around 10 runs on the down. As an everyday ski, I’m the right customer for it. The ski holds an edge well at speed, but is forgiving enough to allow for stupid mistakes in the woods, and just overall recklessness. I was impressed that a ski this light not only held at speed, but was actually imploring you to go faster. The Karuba core might be a bit of NTAB (New Technology Always Better) or at least better sounding. If you know me, you know that I hate when ski companies in particular just add new names or new nonsense to old stuff just to boost sales, I’m not sure this is the case with Karuba, I just think it might be over emphasized.

The carbon stringers mixed with the wood core do exactly what you would expect, the ski is snappy, lively, and fun.

The second condition set I put these to the test in was the one I think mattered most. Like three weeks ago, I took the Agents up for a tour up Mount Snow. There wasn’t much left for snow at this point, and what was left on a 40 degree gray day was either complete slush, or bulletproof ice. The tour up was easy, and the weight of my setup proved to be zero issue for what was an 1.5 hour long ascent. The ski down was where I was pleasantly surprised. I’ll always argue that making turns in slush is easy for any mid fat ski, but when a ski can perform well on varied conditions all in the same run and make the skiers job easier, its a good one. This was the case here. Same story in the washy stuff as before, snappy & fun. But as soon as it switched to boiler plate, theses agents locked in and held. Was very impressed.

Overall, I think this ski is perfect for the all mountain skier who tours on occasion, wants a reasonably light set up, and only really owns one set of sticks. It would also be a great addition to any quiver, as the ” I have no idea what it’s going to be like up there” ski. As an aside, I didn’t try the 183cm, but I feel like at 6ft-ish and 200 lbs, the 179 was the right choice. In a touring ski I usually like a 183-186cm, but the 20m radius and lock in stability of this one, 179 is great.

Look for the agent series to hit stores, online and physical in the fall, and be sure to mention the review that made you go looking for it.

Hi everyone! In this episode we talk with Andy Padula. Andy is a skier & entrepreneur, co founder of the lifestyle brand, Boho Hobo. Check them out at @boho_hobo on […]