In a nutshell, all three boots are High-end, fairly lightweight touring boots. All have “hike” modes, and all are compatible with pin bindings.

That’s probably about where the similarities end.

The Ranger Free, is the most versatile, in my mind without a doubt. It’s probably not fair to say that without mentioning that Tecnica does have a boot that I would argue equals it in that category in the Cochise, but since it’s mainly unchanged we didn’t talk about it.

However, the Ranger Free, is a rock solid ski boot, and hike boot. It actually reminds me of a Lange Freetour in a lot of ways. That is other than the fact that the Ranger is actually a comfortable boot for those of us with a mid-wide foot. Initially when I looked at the specs on the boot, the first thing I thought was “damn, thats a lot of money”. That was until I put it on my foot and skied it, it’s worth the money. Fischer in general hasn’t had a great boot program for a while now. It’s been okay, and for those with narrow feet the RC4, and Podium boots are bomber, but let us be real, thats like 19 of the overall boot wearers in the US. The old ranger was a lackluster boot in my humble opinion. It was heavy, it had a limited walk range, wasn’t pin compatible, and by all accounts, was ugly.

This is not that boot. I’d urge anyone in the 100mm last range to throw this thing on even if it’s just out of curiosity. Now you may say, “well Adam, the boot is listed as a 99mm last, why are you saying 100mm range?” Well, that’s because it fits like a 100. Point blank.  Many boots are going this way, wider toe boxes, narrower heels. More progressive we’re going to call it. Now that doesn’t mean you don’t have security in this boot, you do, it’s just not a boot I’d be upsizing. Overall, I felt like I had solid energy transfer in this boot, and the flex is what you’d expect out of a 130. I won’t tell you that it’s the best boot for you because I don’t know you, but it’s a very nice boot. https://www.fischersports.com

That brings us to boot #2. The Full-Tilt Ascendant.

On the show I said that it was a good first attempt at what this boot is supposed to be, and I’ll reiterate, I do not mean that as a negative. This 102mm last boot is the cheapest of the three, it’s probably (definitely) going to be the least sold in units of the three, and it’s the one I’m most surprised at.

Usually when companies edge into new territory, they miss out on critical features. Not Full Tilt. They check every major box when you think about wanting a boot with a hike mode. Pin capable? Yep. Wide cuff range? Yep. Comfy? Depends on your foot but overall, yep. Skis down well? Oh yeah.  The boot has what Full Tilt fans asked for, and that is the most important part of all of this. When the customer base wants something, FT does it. Always. That is why this boot will sell if for no other reason, they have the most loyal customer base in boots. Don’t @ me. https://en-us.fulltiltboots.com

The third, and my personal favorite. The Tecnica Zero G Tour Pro.

First of all, what an absolute mouthful of a name with useless words in it. We know it’s a touring boot. Look at it!

Other than that. This is a real deal hike boot. It’s the lightest of the group. It fits like a glove. It’s warm, but has great wicking. It’s light, but still rips. The flex is softer than what you’d expect out of a “130” but exactly what you’d expect out of a 130 flex touring boot. CAS makes the boot very easily customizable. The new power strap is super slick, as are the buckles. They have rockered soles with Vibram on ’em. Grilamid shell. Huge hike range.

This is the boot for the guy that actually goes into the backcountry, that actually hikes. It’s not that you couldn’t ski it in the resort, I’d just wonder why. There’s better boots for that overall. However, if you’ve got the cash, and you have a pair of boots dedicated to going up, I’d sincerely recommend throwing these on your short list. I know this isn’t the most detailed review of a boot, but just trust me. Go put it on your foot, and get to steppin’. http://www.tecnicausa.com 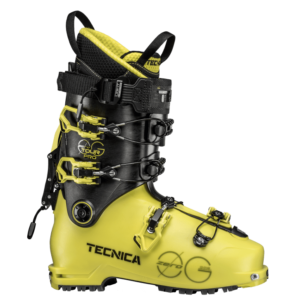 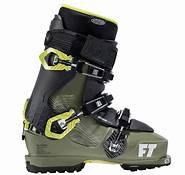 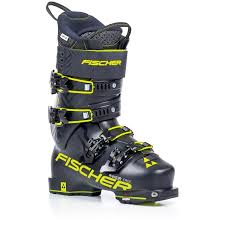 On this episode of the Out of Bounds Podcast, Adam talks about the new Bronson & 5010. Santa Cruz has made some pretty significant changes to two of their best […]